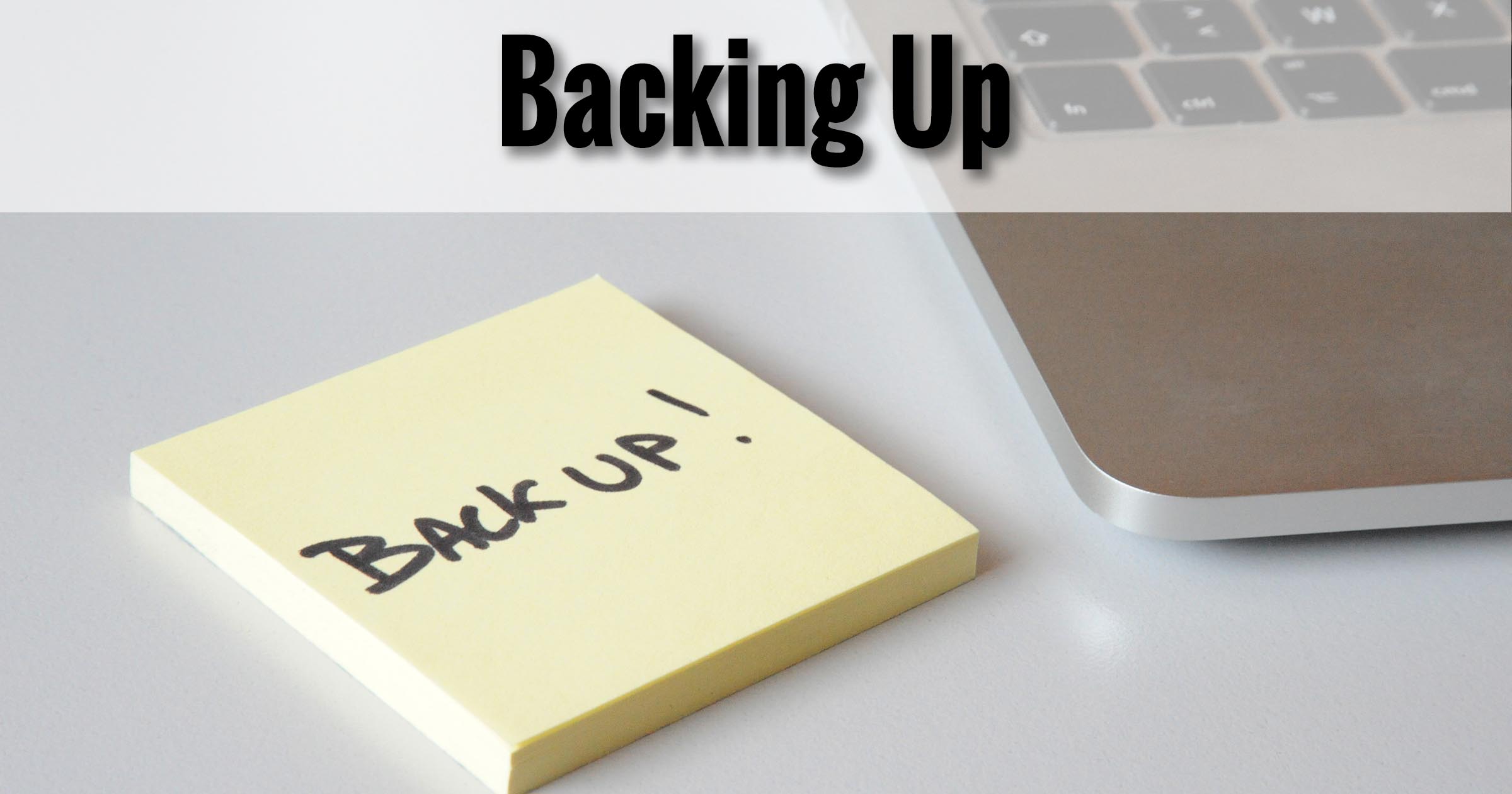 It’s positively shocking that I’ve gone for nearly four full months here on Ask Leo! On Business without talking about backing up.

It seems I can’t stop talking about it on Ask Leo!, and it’s long overdue for a mention here.

I’ll put it this way: if your web host were to completely disappear over night, would that be a problem?

I use that catastrophic example on purpose. It seems over-the-top, doesn’t it? I mean, how often do web hosts just suddenly disappear and go out of business, after all?

But more importantly, by protecting yourself against this ultimate catastrophe, you’ll find you’re protected against almost anything else that can go wrong.

The goal here is simple: to be able to restore your site to a completely different web host, and have it back up and running as it was before, within a couple of days.

Relying on your host

The first reaction of many is to confirm that their web host is backing up their server. However:

Of course, if your host is the problem – as in it just disappeared completely – they’ll have taken their backups with them.

So, yes, make sure your host is providing backups of some form, and take the time to understand exactly how they may or may not be useful. They could be the most expedient solution to a future problem.

But then do more.

I’ve become a big fan of the WordPress plugin BackupBuddy. It’s not free, but it does everything I expect.

There are two distinct components to a WordPress site:

Each is important. Backing up both is essential.

As you might imagine, backing up your site and storing the backup on the website’s server isn’t enough. Once again, should your web host suddenly disappear, your server, and any backups it contains, will also disappear.

BackupBuddy allows you to not only schedule automated backups and store those backups elsewhere – either on its own provided storage (called “Stash”), or services like Google Drive, Dropbox, or others. Alternatively, you can just download a zip file every so often.

BackupBuddy can also help move a WordPress site to a completely different domain (for example, moving the site and all its content from “askleo.com” to “somerandomservice.com”, typically a very complex process). In fact, it’s how I was introduced to the plugin.

As I said, the goal is to be able to restore your web site on a completely new host in the absolute worst case scenario.

With BackupBuddy, that’s actually pretty simple: upload a bootstrapping script provided by BackupBuddy, point it at your backup, and after a couple of configuration steps, the process restores your site.

Assuming you’ve changed your domain’s DNS to point to your new web host, you’re pretty much done, at least with respect to your web site.

Perhaps more importantly, through, that “.zip” file created by BackupBuddy contains everything in and on your site.

That means you (or someone helping you) can extract anything you need, at any time. Delete a file accidentally? Recover it from the backup. Need to revert to an old copy of an uploaded image? It’s in there.

Need one of your articles back? It’s in there too, in the included backup of the database.

WordPress has an Export option in its Tools that can be used for backup – sort of.

The Export function is, indeed, a fine way to make a copy of your content, but it’s important to realize that it exports only your content. Everything else, from your site’s plugins, themes, configuration, settings, and everything else, is not included.

The reason it’s a viable, better-than-nothing backup is that everything not included can be reinstalled, re-setup, and re-configured. It may take time – perhaps even lots of it – but it’s generally possible.

Your content, however, is what makes your site unique. If you’re not going to go the BackupBuddy route, then at a minimum, back up your content by Exporting it every so often, and then including the downloaded file in the regular backups of your PC.

When it comes to email, I strongly suggest that you back up all your email separately by using a desktop email program like Outlook or Thunderbird,  downloaded via either IMAP or POP3, and configured not to delete your email from the server. This is exactly what I do. I simply run Thunderbird once a week and have it download all my accumulated email from my online account where it all resides.

When disaster strikes, or you need to move mail hosts, you’ll need to re-create your email accounts at that host, but with a properly configured email backup in place, you’ll have lost little.

I’ve written about it on Ask Leo!: Back Up Your Email Using Thunderbird. That article uses Thunderbird and Outlook.com as examples, but the general concepts will apply to any desktop email program you might elect to use, and your own online email account.

It’s not a stretch to say that a well-crafted website is an incredible asset to a company or cause.

It’s something I’ll be saying for a long, long time: back up.

… it’s time to start backing up.

5 comments on “Backing Up”

Dedicated to the premise that anyone doing business, anyone with a cause to champion, or anyone with a message to share needs to have a presence on the web.

Ask Leo on Business will show you how; step-by-step, all in the clear, plain English that Ask Leo!‘s Leo Notenboom has become known for.

Get Ask Leo! On Business by Email

Get Ask Leo! On Business in your inbox each week as I publish new articles.

Also available as an RSS feed, including podcast.